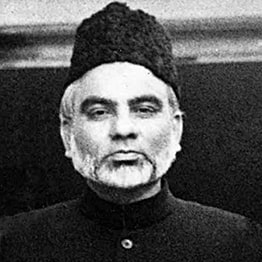 Born in Wazirabad in the early 1920s, Dr Ilyas Masood was the eldest son of Dr. Muhammad Masood Qureshi. He completed his education from Muslim High School and Islamia College Lahore. He joined the Punjab Muslim Students’ Federation in 1941 and became its general secretary in 1924, under the presidency of Mr. Hameed Nizami (founder/editor of Daily Nawa E Waqt). In 1944 he was appointed as a member of Federations’ working committee.

In 1941 he was awarded as the Best Worker of Punjab Muslim Students’ Federation by Quaid E Azam Muhammad Ali Jinnah.

In 1945 he joined his father’s clinic and learnt the knowledge and art of Homoeopathy from Dr. Muhammad Masood. After 20 learning years in 1965 he was allowed by his father to run the clinic independently. After the sad demise of his father, he undertook the role of chairman of Homoeopathic Trust and Principal of Pakistan Homoeopathic Medical College. Dr. Ilyas Masood was the author of over 3 books and many articles on Homoeopathy.