The founder of homoeopathy, Samuel Christian Hahnemann, was born in Dresden, Germany, in 1755. Despite an impoverished background, he acquired a good education and studied chemistry and medicine at the universities of Leipzig, Erlangen and Vienna. After qualifying as a doctor in 1779, he set up his practice.

Although Hahnemann worked mainly as a doctor, he supplemented his income by writing articles and books on medicine and chemistry. In these writings he protested against the harsh medical practices of the time, especially blood-letting, purging and the drastic doses of medicines that were administered to patients, often with terrible side-effects. He argued for better public hygiene and advocated the importance of sensible eating, fresh air, exercise and less cramped housing conditions. At a time when over-crowding was common and standards of hygiene were poor, he advised regular bathing and cleanliness of bed linen. Hahnemann became increasingly disillusioned with conventional medical practice, eventually giving up his work as a doctor to become a translator.

By the late 18th century, Europe had entered a period of upheaval and social change. With the Industrial Revolution came widespread technological advances and there were new scientific discoveries. In medicine, considerable work was done to identify and extract the active ingredients of herbs and other plants. The first important breakthrough occurred in 1803 in Germany, when Friedrich Serturner isolated morphine from the opium poppy. 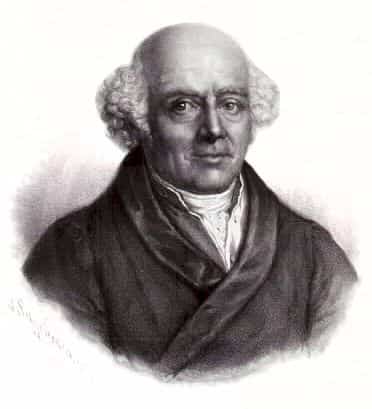 In 1790, while translating A Treatise on Materia Medica by Dr. William Cullen, Hahnemann came across a passage about Peruvian bark, or cinchona, which was to change his life as well as the lives of many people throughout the world. In his book, Cullen stated that quinine, which is a substance purified from the bark of the cinchona tree, was a good treatment for malaria because of its astringent qualities. This made no sense to Hahnemann who, as a chemist, was aware that there were other much more powerful astringents which had no effect on malaria whatsoever. He decided to investigate further. For several days he dosed himself with quinine and recorded his reactions in great detail. To his astonishment, he began to develop the symptoms of malaria one after another, despite the fact that he did not actually have the disease. The symptoms recurred every time he took a dose of quinine, and lasted for several hours. If he did not take any quinine, he had no symptoms. Was this, he wondered, why malaria was also cured by quinine? To test out his theory, he repeated the doses of quinine, which he called “Provings”, on people he knew well, again noting the reactions in great detail. He then went on to repeat the process with other substances that were in use as medicines, such as arsenic and belladonna. These provings were carried out under strict conditions and the provers were not allowed to eat or drink anything that might confuse the results, such as alcohol, tea and coffee, and salty or spicy foods.

Hahnemann found that the provers responses varied, some showed a few mild symptoms in response to a substance, while others experienced vigorous reactions with a variety of symptoms. The symptoms that were most commonly found for each, substance he called first line, or keynote symptoms. Second line symptoms were less common and third line symptoms were rare or idiosyncratic. The combination of symptoms made up a “drug picture” for each substance being tested.

Hahnemann continued to carry out his experiments and provings, testing a wide range of natural sources. He had rediscovered the principle of “like can cure like”, and his work would bring about the establishment of a new system of medicine.

The Development of Homoeopathy

After six years of conducting provings on many different substances, Hahnemann had accumulated a great deal of information about their effects. From this careful research and the “drug pictures” he had compiled, Hahnemann embarked on the next stages of his work, which was to test each substance on the sick, to see whether they benefited or not. Before he began his tests, he gave each patient a physical examination and questioned them thoroughly about their symptoms, what factors made them better or worse, their general health, the way they lived and their outlook on life. By taking note of all these details Hahnemann was able to build up a “symptoms picture” of each patient. He would then match an individual’s symptoms picture to the drug picture of the various substances. Only when he had established the closest match would he prescribe a remedy. He found that the closer the match, the more successful the treatment.

Hahnemann surmised from this that he had indeed discovered a new system of medicine, in which a drug and a disease that produce similar symptoms cancel each other out in some way, thereby restoring the patient to health. He described this phenomenon as similia similibus curentur, or “like can cure like”, which is the first and foremost rule of homoeopathy.

In 1796 Hahnemann’s first work on this new system of medicine, A New Principle for Ascertaining the Curative Powers of Drugs and Some Examination of Previous Principles, was published. In it he stated “One should imitate Nature, which, at times, heals the chronic illness by another additional one. One should apply in the disease to be healed, particularly if it is chronic, that remedy which is able to stimulate another artificially produced disease as similar as possible and the former will be healed”. He called this principle of healing “Homeopathy” from the Greek, Homeo, meaning similar, and Pathos, meaning suffering. In 1810 he set out the principles of homoeopathy in the Organon of Rationale Medicine and two years later began teaching homoeopathy at the University of Leipzig.

Some of the medicines administered by Hahnemann were poisonous; so he gave them to patients in very small, dilute doses. However, he was disturbed to learn that some of his patients reported that their symptoms worsened before becoming better. In order to prevent these “aggravations, as he called them, he changed the method of dilution. He devised a twostep process whereby he diluted each remedy by “succussing”, or shaking it vigorously, and banging it down on a hard surface, at each stage of the dilution. He believed that by vigorously shaking a remedy, the energy of a substance was released. To Hahnemann’s surprise, not only did the diluted medicines cease to produce such strong aggravations, but they also seemed to act faster and more effectively than more concentrated solutions. Although they were weaker, they were actually more potent. For this reason, Hahnemann called his new homoeopathic remedies “Potentizations”. In homoeopathy, “Potency” is used to describe the dilution, or strength, of a remedy.

Hahnemann continued to experiment with diluting remedies throughout his life, gradually using weaker solutions, which paradoxically became increasingly potent. The remedies became so dilute that they no longer contained a single molecule of the original substance used to make them, yet they remained extremely effective. During his lifetime, Hahnemann proved the efficacy of about 100 homoeopathic remedies. He believed that only a single remedy dose should be given, for the shortest period of time necessary, to stimulate the body’s healing power.

One of the common scales for measuring the dilutions is the centesimal scale-that is, diluting the remedy in the ratio of 1:100. For a liquid this means one part of the remedy is mixed with 99 parts of a diluent, usually either alcohol or water. This is called a 1c dilution; this is then shaken in a special way, or succussed, and one part of this is added to 99 parts of the diluent to make a 2c dilution, and so on. As you can see, levels of extreme dilution are quickly reached, and so the remedy cannot be said to be acting physically in a conventional way, and indeed an important part of the “remedy picture’ is the emotional reactions that are produced. The personality of the patient is a significant factor in choosing a remedy. Paradoxically, the more dilute the remedy, the more effectively it works. A homoeopathic practitioner may well use a very diluted remedy, to address an imbalance in our basic constitution, if there is a very clear picture that matches the individual.